The Permanent Method for Bunker Construction

By avoiding the pitfalls of maintenance and frequent rebuilding of traditional natural turf revetment, the PermaEdge Bunker System is a patented construction method that gives facilities maintenance assurance. By detaching from maintenance hassles, professionals can imagine and implement bunker styles previously hazardous to facility budgets. The PermaEdge Bunker System enables facilities to capture the striking aesthetic of natural, stacked turf bunker construction while relying upon synthetic assembly materials and re-engineered techniques for an anticipated longevity of 20+ years. 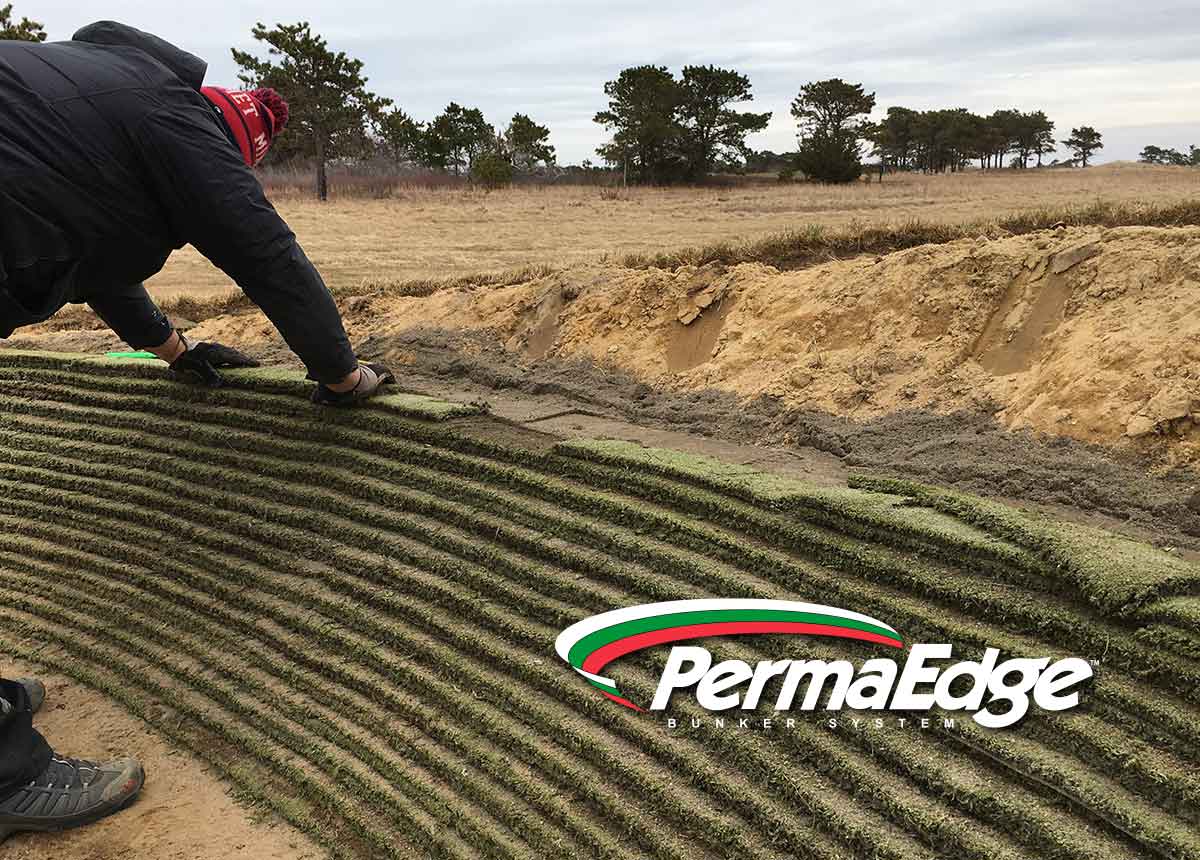 Historically, natural, stacked sod has been used as a construction technique, commonly referred to as a “links” style bunker. This traditional method decays over time and requires frequent rebuilding. The PermaEdge Bunker System mimics the natural look, without all the maintenance hassles of natural turf.

The PermaEdge Bunker System is a Practical Construction Solution

The PermaEdge Bunker System relies on the same notion of stacking turf, but does it with synthetic turf re-manufactured to specific dimensions, quality, infill, and fiber lengths. In addition to the synthetic turf spec, defined methods and materials are used to build the wall, insuring stability and durability while delivering unmatched realism and aesthetics.

When assembling the PermaEdge wall, the edge of the turf is exposed. This gives bunkers an extremely natural look while the synthetic materials prevent decomposition.

Defining this method, the system relies upon alternating “tiles” in two different dimensions that tie into specially formulated, compacted backfill. These components form the system, which is structurally more efficient, while delivering a far stronger structure than gravity only structures. 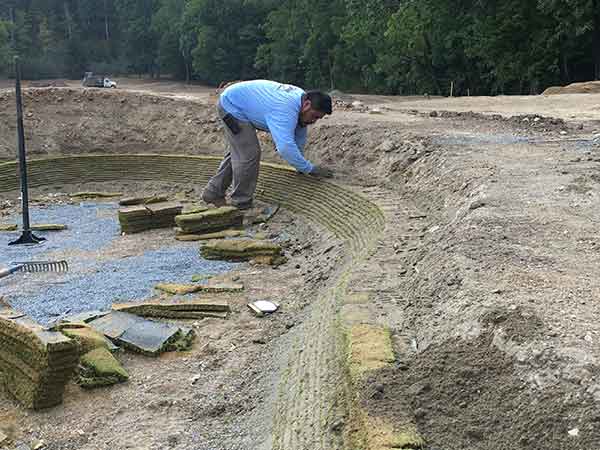 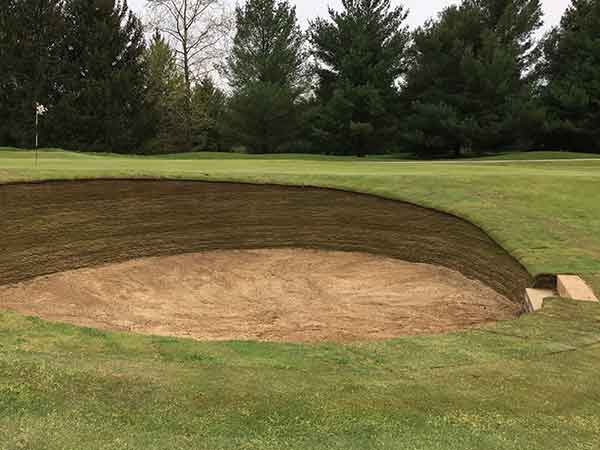 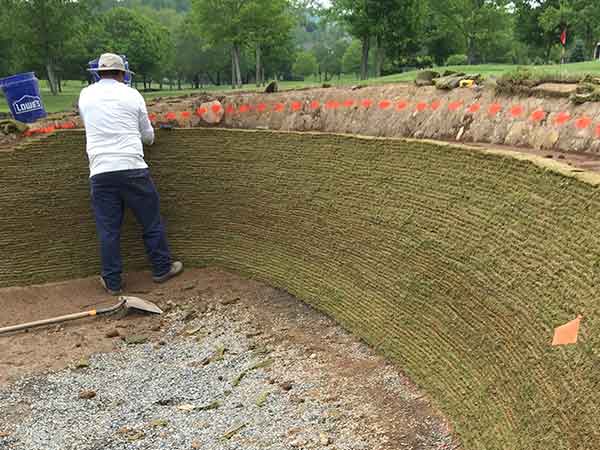 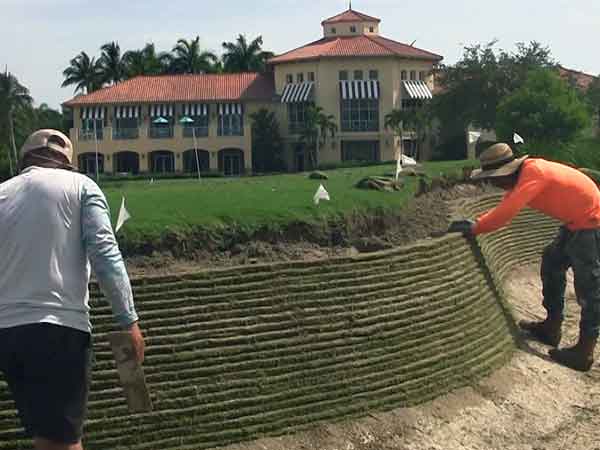 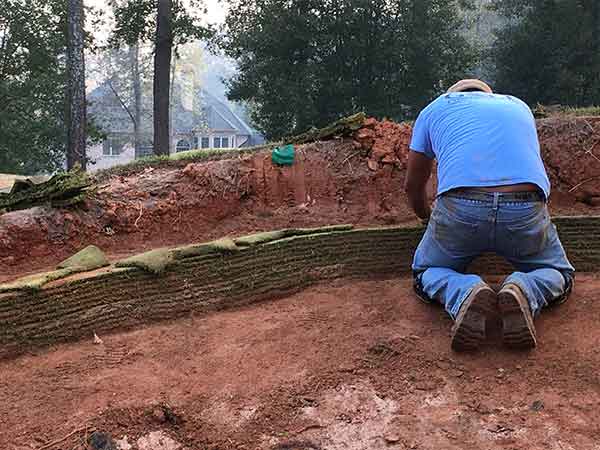 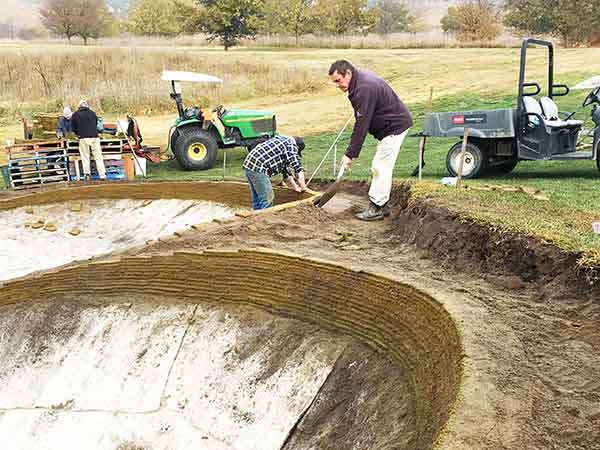 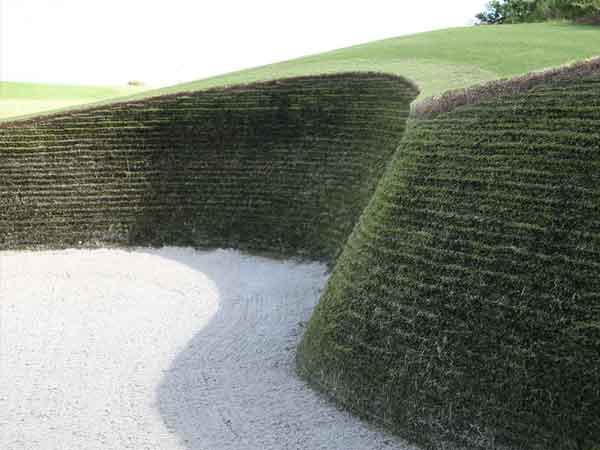 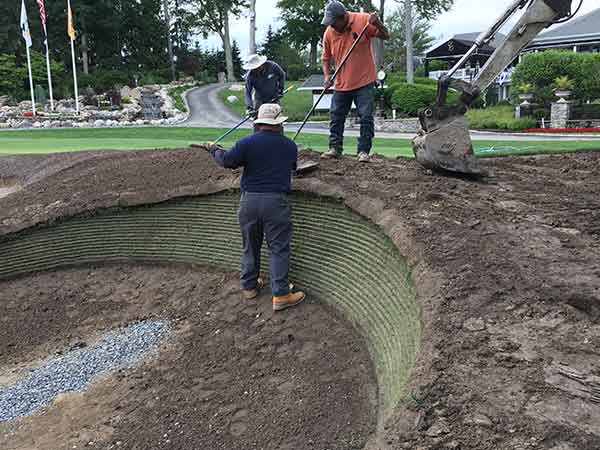 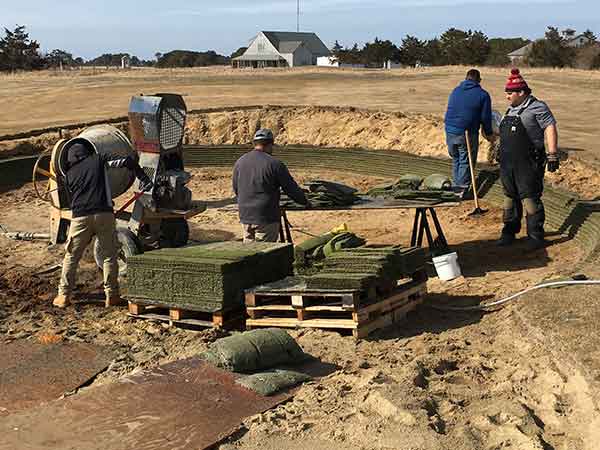 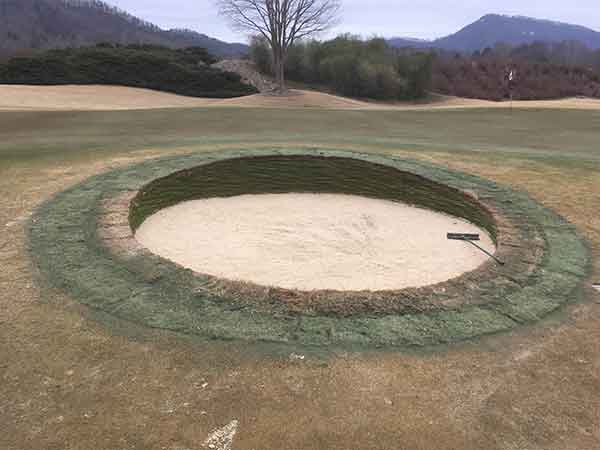 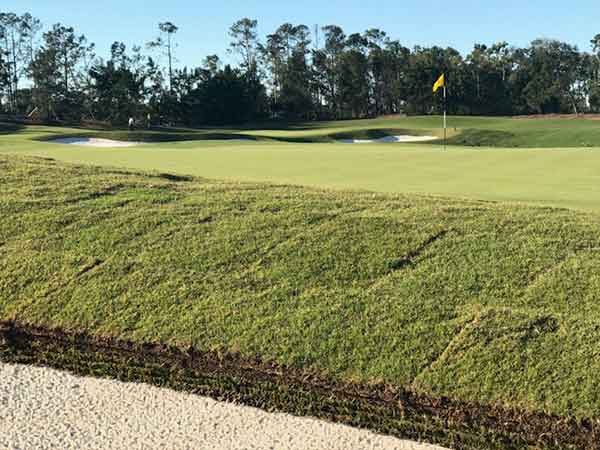 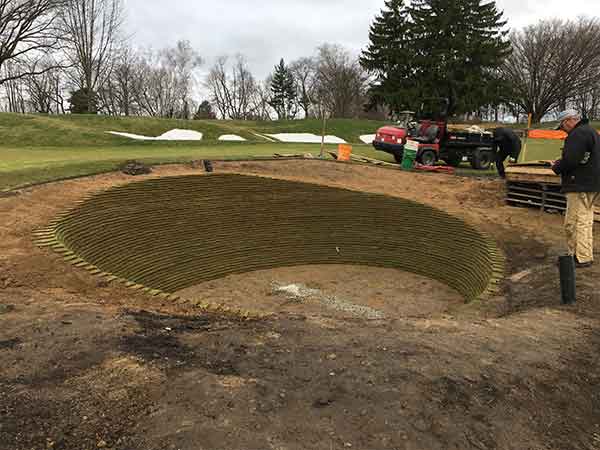 The PermaEdge Bunker System is a Proven Method

This patented solution has been proven on nearly 125 golf courses, in 16 countries over the last six years. It has been implemented on large, high-end courses and on smaller, community facilities across the US. We have built dramatic, tall revetted faces and low/zero reveal implementations with great success.

More importantly, the PermaEdge Bunker System projects that have been faced with catastrophic weather events have survived. From floods to hurricanes, these structures survive when surrounding features are destroyed.